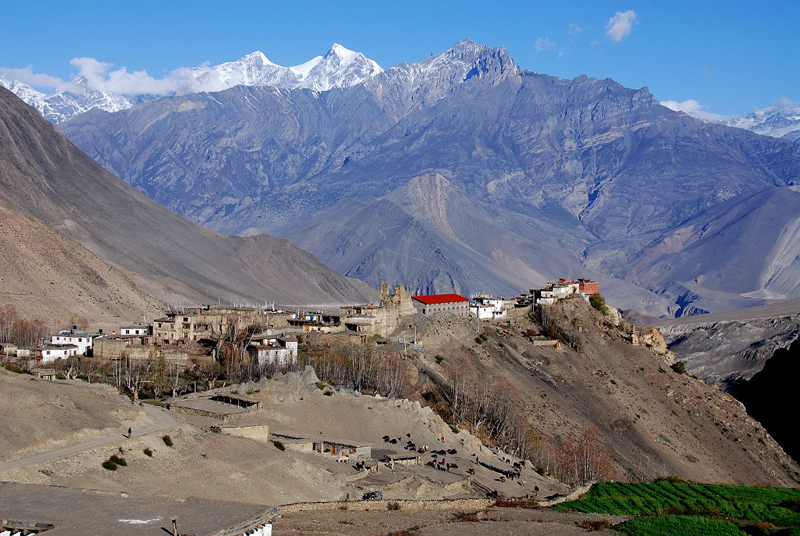 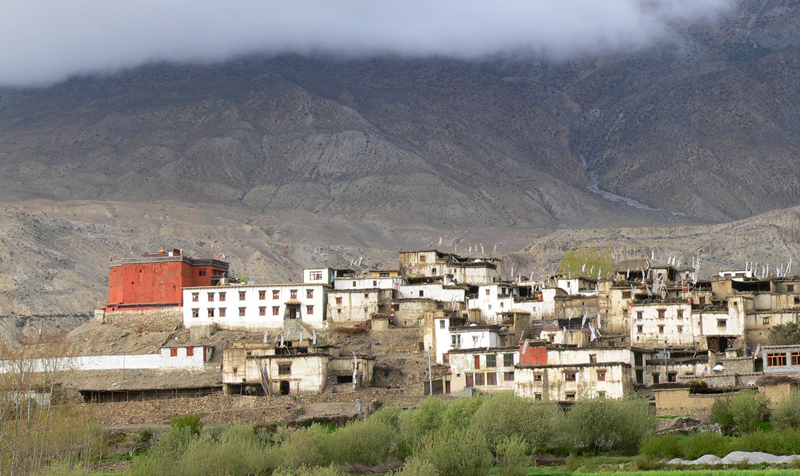 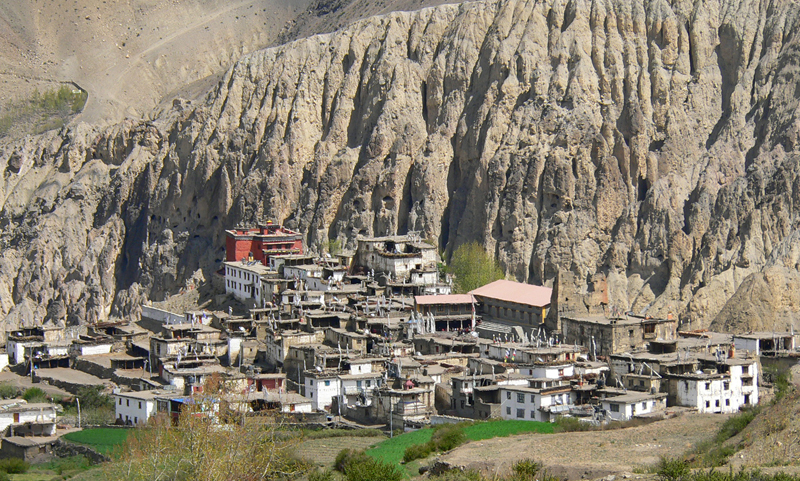 The village, called Jharkot is located in central Nepal, in the Annapurna Conservation Area. South of Mustang, just behind the Annapurna Himal. It is at 3500m height.

The circuit has been considered one of the world’s greatest treks. It reveals itself gradually, climbing through subtropical scenery to a Tibetan-influenced valley and than over the high Thorung La to the Kali Gandaki Valley, a desert like Trans-Himalayan region that was once a vital corridor to Tibet.
Most people trek the circuit anti-clockwise to avoid the harder ascent of of the Thorung La from the west side.

Jharkot is on the circuit trek, the second village after the breathtaking, but harsh Thorung pass (5416m).